Xerox and the PARC

Today morning, we took the train from San Fransisco to Palo Alto. The famous town where Steve Jobs grew.

But today was not about him or Apple… well, not directly. Because Apple owes a lot to another great innovative company from the Silicon Valley. This company is Xerox and more precisly it’s Palo Alto Research Center, or PARC.

Some of you might ask themselves : “What ? Xerox ? The company from which I buy my printer paper ? What does it have to do with Apple ?”. All right. Xerox may be well-know for print related stuff. But, in the beginning of the 70′, it created a special division in Palo Alto, the PARC, where some hippie-computer-guys (and gals) worked on computers and information technology, creating the basis of what we take today for granted.

Before diving deeper in history, let me introduce you to the man who welcomed us in the PARC: Julien Freudiger. Hey ! That’s a Swiss name ! As a matter of fact, it is. Julien came from Switzerland to Silicon Valley about a couple of years ago, and since then, is working for this company since a security researcher. It was a pleasant surprise to meet a fellow Swiss so far from home. We took advantage of that to do most of the visit in French. 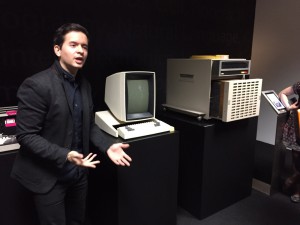 The visit first took us to the small and kind of private PARC museum, inside the main building. In there, Julien introduced us to several of the most innovative works done by the research center throughout the years, starting with the 1970’s and the mice (invented originally in Stanford, though). The researchers created a piano-like companion to the mice that was supposed to help the user accomplish actions without using the keyboard. When he visited PARC in the late 1970’s, Steve Jobs hated this device and didn’t used it on his later projects. However, he was presented some other projects that were more to its taste: the SmallTalk language (an Object Oriented Language), Ethernet (the technology that’s still mostly used behind Internet) and the GUI, Graphical User Interface, via the Xerox Alto, which was the first personnal computer to ever use a GUI. Steve Jobs and Bill Gates both used this feature when developping respectivly the Lisa and Windows.

Some years later, PARC worked on a project called NoteTaker. As the name doesn’t imply, it’s a prototype of a portable computer which was targeting kids. The only problem being that the computer in itself was heavier than a kid. Some years later, they worked on a tablet prototype, the ParkPad. Finally, Julien showed us one of the most successfull innovation of the PARC: the laserprinter. And I don’t think that I need to explain this one. 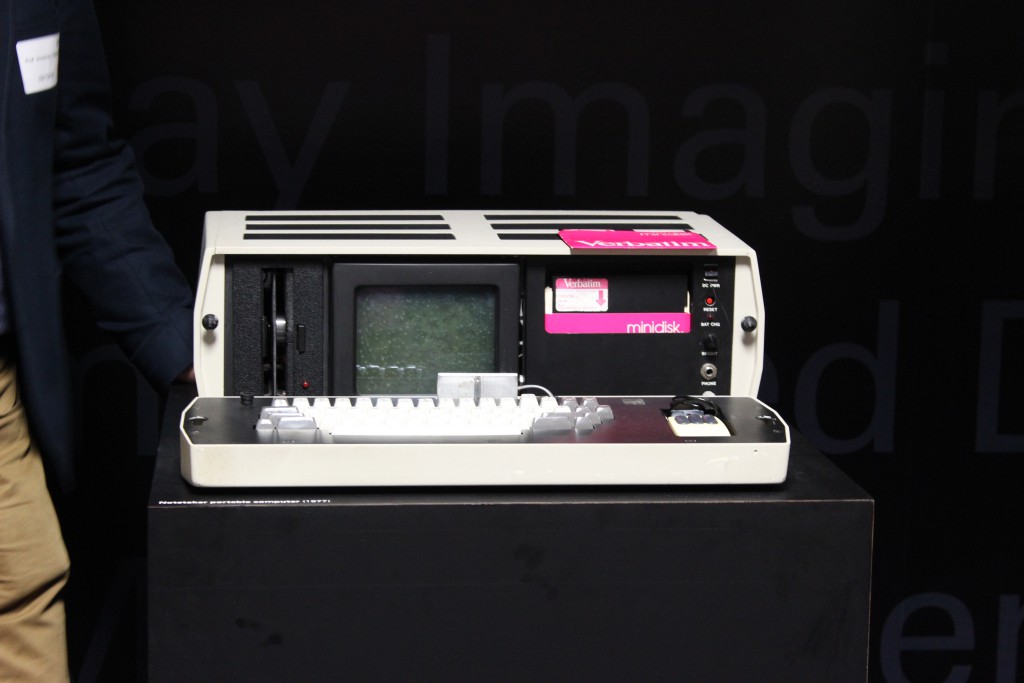 Now that the museum is done and the past of Xerox PARC is explored, it’s time to talk about the present time.

Until 2002, PARC was a division of Xerox, intimately linked to the company and somewhat dependent on its decisions. Nowadays, it is a company related to Xerox but independent enough for it to work with other companies as well.

Right now, PARC is no more focused only on hardware research. There is three main activities supported by the company: Research, Development and Sales. Each floor of the building is hosting a different discipline linked to these three activities. For Julien, this is part of what makes is job at PARC so interesting: the interactions with others, the confrontations of different points of view and mindsets and the intersection of disciplines.

Additionnaly, PARC also offers a wide variety of services to companies and especially start-ups. Julien explained to us that PARC is very willing to help them innovate and create new businesses. Some start-ups are welcomed inside the Parc building to work on their business. They are given access to researches conducted by PARC to accelerate the process in exchange of some shares. This is a huge advantage for the start-ups. They can benefit from the advance knowledge helded by PARC and boost up their ideas and creativity.

Julien also told us about the desire of the company to make the technology more human centered. This wish is materialized by hiring ethnologists and making them work with engineers and researchers. The ethnologists are studying the humans that will be using the technology and give the designers of this technology clues to make it easy, user-friendly and very close to the real needs of the users. This is what is called User Centered Design and PARC has been a key ambassador of this philosophy these last years. 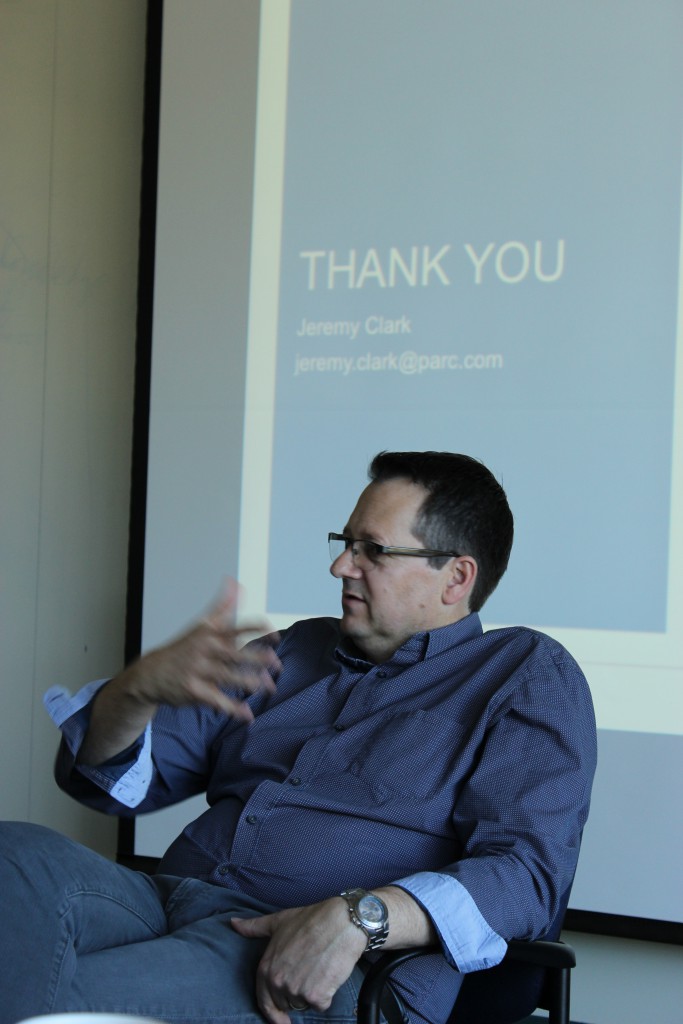 After Julien finished his speech, we welcomed two of his colleagues, Jeremy Clarke and Honglu Du. The first is an Innovation Consultant and the second is a Human-Computer Interaction researcher. They came here to talk about what is Innovation Consulting for PARC. Basically, companies come to PARC for consulting when they are experiencing problems with their actual business model. With the help of the researchers and the ethnologists, they work on understanding problems, customers and or technologies in order to come up with fresh and new ideas.

That’s an interesting challenge because PARC and Xerox are also facing some disruptive forces in several markets.

Wether it be on the transport, health, customer care or finance and accountance market, they are facing new challenges because of new and innovative ideas that change completely the market dynamic. In short, the company need to change its mindset.

But as Jeremy told us, changes in big companies like Xerox and PARC are difficult because the people leading the companies have mindsets that change slowly than the market. Often, companies pivot drastically when they are facing imminent death. And that’s not very wise to wait for that.

I’ll let Jeremy the final word with a quotation he told us : “Those who live by the sword will be shot by those who don’t”.