Stanford University and the d.school

We arrived early in the afternoon at Stanford University, a little after President Obama gave a speech to call for more cooperation between the government and the private sector to tackle cyber threats. We weren’t able to attend this conference but seeing all the choppers flying over the university convinced us of his presence nearby. The first thought that went trough our minds were the immensity of the campus. If we thought that Berkeley was huge, Stanford reminded us of a small city merged into another. We first went trough a series of giant palm trees leading to a first courtyard, followed by many others all bigger than the previous one. 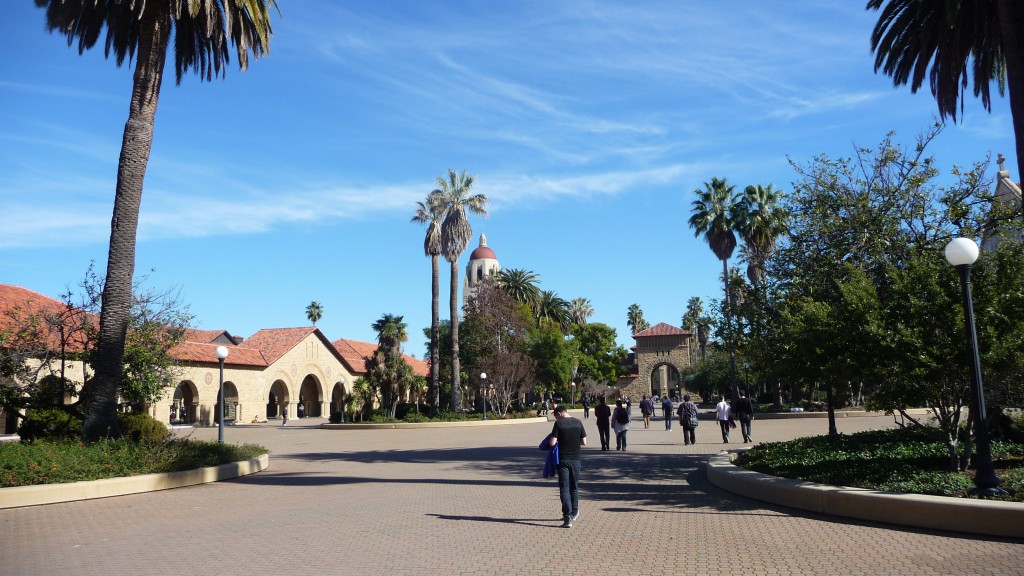 Our visit was focused on the d.school, which is the design school of Stanford University. When we arrived there, Thomas Maillart, a postdoctoral research fellow at Berkeley University, welcomed us. He told us about the university’s history and the reason of its success. One of the main reasons is the fact that the university owns a lot of land and they offered many companies to come around the campus to stay for a very attractive fee. Therefore, they succeeded in gathering many big and innovative companies more than any other place around the world. This way, the university established a strong relationship with those firms, which gives great opportunities to students to enter them more easily. Furthermore, this is a win-win situation as companies are able to discover new talents without any difficulty right after they graduate.

Thomas also stressed, as well as all the other people familiar with the Silicon Valley’s habits, the fact that an idea is worthless as long as there is no tangible realisation. Here it’s all about execution. This explains one of the many differences with Switzerland, where most of the entrepreneurs focus a little too much on the idea and are worried to share it thinking someone would steal it. This is what makes for the Silicon Valley’s strength: sharing ideas and information as crazy as they might be.

After meeting Thomas, Vincenzo improvised a self-guided tour of the design school. We have visited the many workshops around. What made us smile was the state of those working studios, looking more like kindergarten classes than what we would expect of a university. 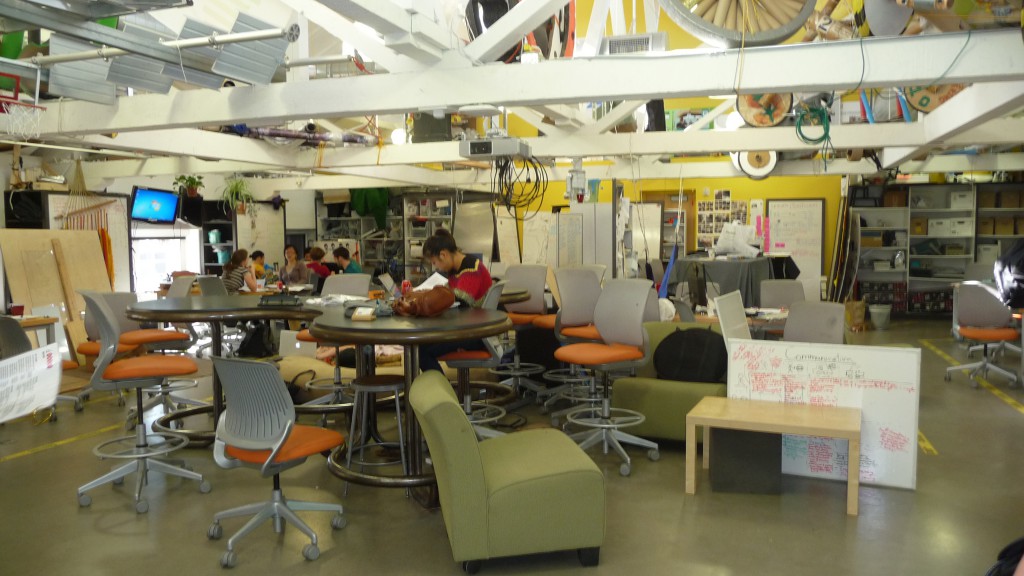 Indeed, the courses are more focused on developing students creativity and imagination by handcrafting their own project than having classes about design theory. As long as you’re trying and dedicated to your work, it’s not important if you fail or succeed. Indeed, the students don’t get any paper after finishing this design school, making the reason of their studies all about self-motivation. As well as not having classes, the students don’t have their own desk or place in the design school. Many students we met were lying on beanbags while working on their project, making the atmosphere pleasant and motivating. As long as the outcome of your project is interesting, it really doesn’t matter how you’ve been working. 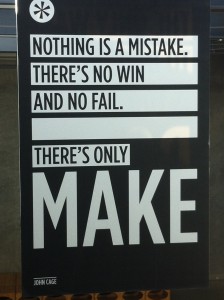 At the end of the day, we left this place full of innovative people and ideas with the feeling that we can change the world too. And if we could bring only one thing back in Switzerland, it would be this state of mind: be passionate about what you want to do and don’t care too much about failure, because it is a proof of taking risks and a strong part of the process of entrepreneurship and innovation.