Google Company : Who is really this company and how people work ? 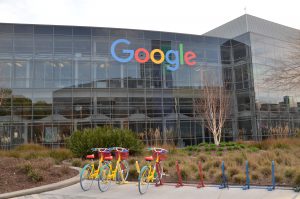 Google is an American multinational technology company. It was founded in 1998 by two students of Sanford University in California : Larry Page and Sergey Brin. Their first office was in a garage, and move in a bigger building later. In August 2015, Google reorganized its diverses interests as a “collection of companies” (conglomerate) called Alphabet Inc. that became the name of Google’s parent Company. Google had a quick growth and is present all around the world in each continent. Its Headquarter is situated in Mountain View (California). Since its creation the company developped a various chain of product beyond its first service that were the search engine (named Google search). Today, Google is specialized in various Internet-related services and products, which include online advertising technologies, search engine, cloud computing, software, and hardware.

How are offices and headquarter ?

During our visit to Google passed Friday, February 9th, we could discuss with Mister Mirek Melichar who mildly introduced us activities and functioning of Google and also answered our questions. He went to us around places as well as the place of relaxation for the employees where various attractions are at disposition. 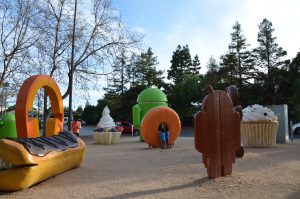 In addition, a lot of people know that Google is big. However, I was surpised to find bikes to move from a point to another one. It is something that not each big company has, and it could be like a play to relax for employees. In fact, people working there have a lot of work, so they need to think and spend time in other subjects to keep them in form.