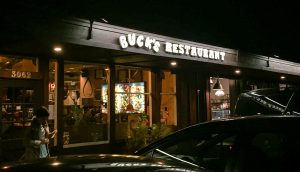 To end our Silicon Valley Day Tour, we went to Buck’s Restaurant in Woodside for dinner.

What might look like an Ali Baba’s cave is really a wonderful place to enjoy a burger while looking at a funny collection of random items.

Buck’s provides kids with a great treasure hunt, listing more than 20 items displayed in the restaurant, such as:

And yes, even if the treasure hunt was made for kids, are we not all big kids? 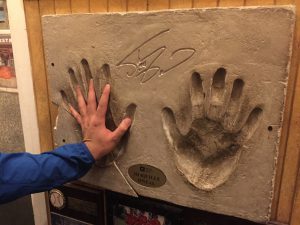 The History of Buck’s of Woodside

The owner, Jamis MacNiven, opened Buck’s of Woodside in 1991. He has a collection of random items which he fancies or which were given to him. From things with real value (historic or monetary) to gifts, each item of the collection has an interesting story behind it.
The place is well-known in the area for being the place where venture capitalists and tech entrepreneurs meet in the Valley “to hammer out the Information Age”. Over the last 20 years, Buck’s of Woodside was the site of monumental moments, from the first demos of PayPal – which secured its funding there – to the foundation of Tesla and Hotmail. 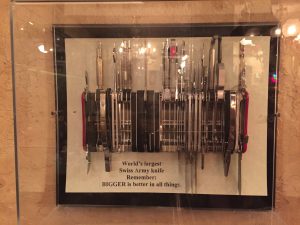 Learn more about Buck’s Restaurant and its owner here.