Who’s not frustrated when it comes to Apple being so secretive? I guess we all are, right?

Indeed Apple is known for a lot of things but also as the big company that doesn’t communicate at all.

Well, on February 9 2018, we had the chance to visit the Apple Park Visitor Center which is more than just a regular Apple Store. Let me explain it to you…

As you might know, Apple has opened its new corporate headquarter in Cupertino, in San Francisco. The construction of that new place started in 2014 and, it took 3 years to finalise the project. It opened to employees in 2017, even though the construction work was still going on. They named that new place Apple Park and, it also received the media surname of The Spaceship, because of its circular design obviously.

Unfortunately, we weren’t able to visit the Spaceship but we still kind of did it but virtually… Yes, Apple protects its privacy but it still tries to satisfy its visitors.

When you arrive at the Apple Park Visitor, which is located across the road from the Spaceship, the first thing you can notice is how big the Apple Store is…Then you see that it is more than just an Apple store…

We first entered a very spacious room which is  an exhibition room that showcases a 3D model of Apple park. To have an excellent view of Apple Park, you can use an Ipad and see how it looks from different angles.

After this, you can  shop some Apple products and accessories in the Apple Store that is huge. There you can find exclusive Apple merchandise.

And finally, you can take a break and admire the view you have from the rooftop of Apple park.

That is precisely what we did, except we also admired an amazing sunset while we were discussing with an employee from the privacy department of Apple. I’m sure you all want to know what we talked about? Well, that’s a secret we will never tell… 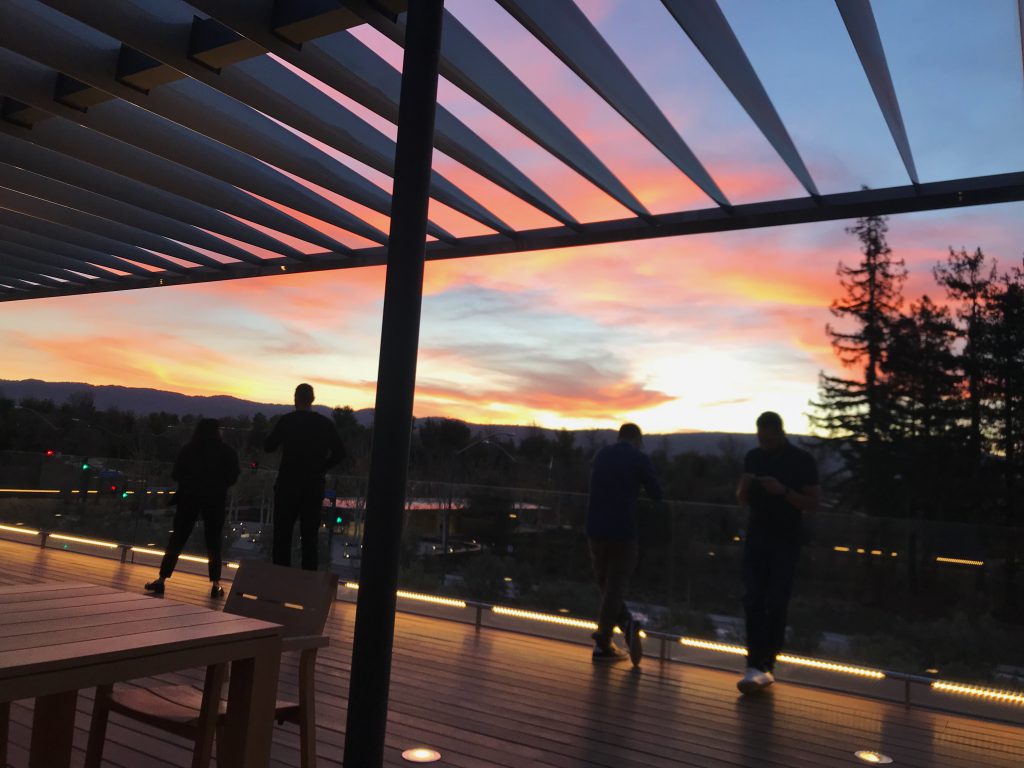